From The TSP Survival Wiki
(Redirected from Self-sufficiency)
Jump to: navigation, search

To be completely self-sufficient one must meet all of their own basic, physical needs. These needs include food, water, clothing, and shelter. One might also want to consider their own energy production as this makes providing for essential needs easier to accomplish. Most people in an urban environment cannot become totally self-sufficient, however, they can take steps to reduce their dependency on systems of support that can fail during a disaster.

The following are some of the aspects of self-sufficiency:

Producing your own food is a huge step towards self-sufficient living. This can be done through hunting and gathering wild foods, or agriculture, which includes both the farming of plant foods and pastoralism or ranching of livestock.

Hunting for food is the origin of modern sport hunting; however the practice may be significantly different. For example, when the goal is meat in the pot, rather than an impressive trophy, it may make more sense to take small game than large. Squirrels, rabbits, even rats and mice, are a source of meal-sized bits of meat, and are much more plentiful than traditional sporting game such as deer.

Fishing may be regarded as a form of hunting, or a form of gathering; in either case it can be an excellent way to get food. Fish can be caught in a variety of ways: hook and line, in a fishing net, a fish trap, with a bow and arrow or fish spear, or by hand (a process called "noodling"). Fish can be taken from lakes, streams, ponds, or the ocean, from the shore, a dock or pier, from a boat, or by wading out into the water itself. The small fish called a grunion can be picked up in great numbers when they beach themselves to spawn.

Shellfish can be gathered from the seashore, either pried off rocks or dug out of the sand. Mussels and the now uncommon abalone are two examples of shellfish which can be pried off of rocks; clams are the most common form of shellfish that can be dug out of the sand. Clams can also be found in freshwater lakes, where they can be felt on the muddy bottom with one's feet and merely picked up.

Other animal foods which can be gathered include eggs (in the springtime), honey, and insects.

Farming and gardening differ largely in scale and variety of foods produced: "farming" tends to refer to large-scale production of a limited number of food types, while "gardening" tends to refer to the small-scale production of a wide variety of food plants. However, this distinction is partly a product of the modern industrial agriculture industry's practice of mono-cropping; primitive subsistence farming (as is most relevant to self-sufficiency) tends towards the production of a greater number of food types, often functioning as an artificial ecosystem (for example, the "three sisters" garden of corn, beans, and squash growing together, or raising Tilapia in rice paddies). An incredible array of plant foods are available, including grains such as wheat, oats, barley, rye, rice, millet, and corn, as well as pulses (beans and peas), fruits (both tree fruits and berries), and vegetables.

Pastoralism or ranching involves the raising of animals for food, either for their meat, their milk, their eggs, or for non-food products such as wool or fur, or for use as draft animals. Animals which can be ranched include cows, pigs, sheep, goats, horses, donkeys, guinea pigs, dogs, chickens, fish, and bees.

Fish farming deserves special mention. It ranges from stocking a natural pond with desirable species, to building a dedicated fish pond, to introducing fish into an existing rice paddy to eat pest insects and fertilize the crops with their waste. The most commonly farmed fish is tilapia; crayfish or crawdads can also be ranched successfully.

Beekeeping produces both honey and wax, and ensures effective fertilization of plant crops.

Providing your own water can be achieved through the use of a well or collecting rain.

The need for warmth is met by clothing, shelter, and direct heat such as fire. You can produce your own clothing from livestock or plant materials. Acquiring shelter is generally not an issue as you are probably already live in a home, but building the correct type of house will give you an edge. Alternative fuels (e.g. waste oil) and alternative power systems may also provide ways to decrease your dependence on conventional systems such as the electrical and natural gas utilities for heating. 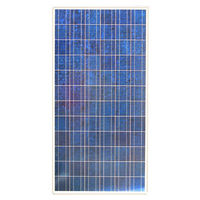 Power, or energy, is not a basic need, but it can make providing for you needs much easier. Most wells and cisterns use electric pumps to access the water they contain, most of us cook with gas or electric stove, and using a tractor is much easier than plowing a field by hand or with animals. If you want to be self-sufficient while also maintaining a modern life style, you should consider alternative energy.

Many resources are available to assist those interested in becoming more self-sufficient.

The Foxfire series of books are based on original research into traditional methods from Appalachia. Topics include woodworking, hog butchering, wild plant foods, preserving foods, and many others, as well as folk tales, superstitions, and stories.Foxfire.org has the complete collection

The magazine Mother Earth News has been dedicated to "off the grid" living since the 1970s. A complete archive is now available on CD-ROM (see www.MotherEarthNews.com).

Your local college or university may have a program or department related to this field. Humboldt State University, in Northern California, offers a degree in Environmental Engineering, and hosts a program called the Campus Center For Appropriate Technology, or CCAT (see www.humboldt.edu). CCAT offers workshops in everything from organic gardening, to spinning wool, to straw bale construction.

The Church of Jesus Christ of Latter-day Saints (LDS or Mormons) have been promoting self-sufficiency since their pioneer days. ProvidentLiving.org is their public site with information on food storage and other topics