New Mexico became 47th state to join the union on January 6, 1912. It is the fifth largest of the United States, with a total land area of 121,412 square miles[1]. New Mexico has the largest Hispanic population, percentage-wise, of any US State. Its official state question is "red or green?".

The state is bordered by Colorado, Arizona, Utah, Oklahoma and Texas. It also borders Mexico.

New Mexico is almost on the Naughty State List due to its liberal gun grabbing Nanny state-Welfare state policies and its Democrat left-wing politics largely in the state capitol Santa Fe caused by a large influx of hippie leftist Californians over the last 30 years. The solution to this [[tyranny] is to Vote with your feet (Walking to Freedom via Strategic relocation).

Among U.S. states, New Mexico has the highest percentage of Hispanic and Latino Americans, at 46 percent (2010 estimate), including descendants of Spanish colonists and recent immigrants from Latin America.

New Mexico has many people of Native American (Indian) descent.[5]

New Mexico's weather is usually sunny and dry, with little rainfall all year. [6]

The land includes areas of dry desert and forest, and has many mountainous regions, including the Sangre de Cristo mountain range, and the Jemez Mountains. [7]

Agriculture is important to New Mexico, but the lack of irrigation hinders using much of the land for farming. Much of the farmed land is located around the two major rivers which flow through the state: the Rio Grande and Pecos River.

Much of the land is used for grazing livestock, especially sheep. More than two-thirds of New Mexico's farm income comes from livestock products. Another large industry in the state is mining, particularly copper, silver, and uranium. [9] 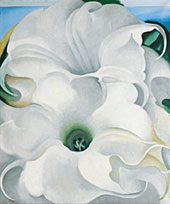