A militia is an informal, part time, or temporary armed force which differs from conventional military forces in that its members are generally regarded as civilians mobilized in an emergency. The British Home Guard during the Second World War was a militia force.

Militias generally operate only on their home territory. However, formations such as the United States National Guard and the British Territorial Army serve as adjuncts to the regular forces and may be deployed overseas, and are not militias. 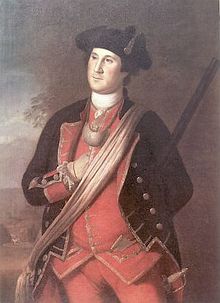 Militia in the US

When the Second Amendment was written during the founding of the United States of America, the included the Right to Bare Arms. One of the reasons, the Right was written was as a precaution that should there be a danger imposed within the borders of the States, there would always be people ready to fight against the threat. It was also obviously written for individual citizen's right to self-defense and as a check against possible police state tyranny of the government against the people.

A well regulated Militia, being necessary to the security of a free State, the right of the people to keep and bear Arms, shall not be infringed.

The usage of the word "Militia" is key here. During the early age of America, the word meant: "Any able-bodied male citizens between 18-45 with access to a gun." In modern America, the age and gender limit has been changed to include women, however, the statement remains the same. All Americans have the right to carry weapons as they are all part of a Militia. As shown by the modern 10 US Code §311.

"For a people who are free, and who mean to remain so, a well-organized and armed militia is their best security." -- Thomas Jefferson

"I ask, sir, what is the militia? It is the whole people except for a few public officials." -- George Mason