Fuel is necessary to many modern processes or equipment. Modern fuels are what have allowed the leap forward from 3rd world to industrialized nations. While modern fuels are not necessary for survival, they are certainly important for maintaining a semi-modern lifestyle in the post apocalyptic world. 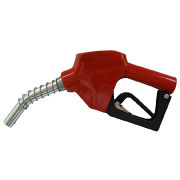 Please see each type of fuel for storage information.