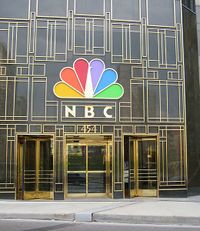 LifeSiteNews reported:"In 46 hours of programming, NBC contained only one reference to marital sex, but 11 references to non-marital sex and one reference to adultery were made. References to incest, pedophilia, partner swapping, prostitution, threesomes, transsexuals/transvestites, bestiality, and necrophilia combined outnumbered references to sex in marriage on NBC by a ratio of 27 to 1.[1]

The National Broadcasting Company (NBC) is a television network with over 200 affiliated US Stations. NBC is owned by NBC Universal, a media company owned by General Electric (GE) and anti-gun Comcast, however NBC was originally under the control of RCA.