Footwear is one of the single most important pieces of gear an individual can have for bugging out or just about any other aspect of preparedness. Considering the importance of one's feet and the generally unfavorable effect that most terrain has on feet, going without footwear or with improper footwear can be extremely damaging and painful. Footwear should always be given as much consideration as possible when preparing. 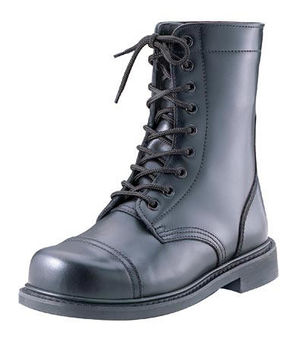 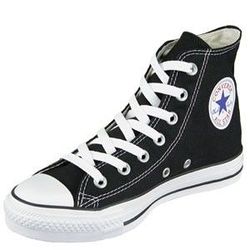 Footwear comes with several different major components and many different features, all of which should be considered against one's prospective terrain when choosing footwear for preparedness.

The fasteners footwear uses should be durable, easilly adjusted, and very secure. Laces are one of the most common fasteners and provide excellent adjustability, but care must be taken to find high-quality laces. Buckles, slip-ons/tension, zippers, and other fasteners are also available; most of which tend to be inferior to laces in some way, with buckles perhaps being the exception.

The insole provides comfort and helps keep the foot dry, both being important to anyone covering long distances. Aftermarket inserts can be purchased to improve the insole.

The sole, the very bottom of footwear, provides support, protection, and traction. These are typically made of rubber, though some other materials can be used, and are of the utmost importance when choosing footwear.

The upper consists of all that covers the foot, ankle, and possible lower leg. It provides protection and support, especially ankle support.

The tread on a shoe will determine what sort of traction it provides, more aggressive treads are better on softer ground while smoother treads are move comfortable and easier to use on hard, flat terrain.

Waterproofing can be a very important feature in footwear that will be used anywhere there is water or moisture since wet footwear, socks, or feet can lead to fungus or infection as well as lost insulation.

The terrain you expect to be covering is the primary consideration to be made when choosing footwear, it will determine what features are important and which materials should be used.

The hot and dry desert should be met with a light, extremely breathable boot with aggressive tread for getting around in the sand while keeping the feet cool.

The forest can have many different types of terrain, but is generally wet and rough. A thick soled, aggressive trod, high-upper boot with good ankle support should be used.

If you expect to spend a lot of time on pavement, then a light-weight, breathable tennis shoe should be used. They allow for maximum agility and the least weight.

Swamps and other muddy areas are some of the most challenging terrain, generally speaking they should not be travelled on foot alone, but if you must cross swamps, marshes, or similar terrain they a tough, waterproof, aggressive trod boot should be used or hip-waders if possible.

Prairie and other terrain with tall grasses can be very treacherous. A boot with a high, tough upper to support your ankle and protect you from snakes and other creatures that might attack your feet and ankle should be used. An aggressive tread is also preferred.

There are many different types of footwear available, each with their own intended purpose. Some footwear is light and comfortable for moving quickly over easy ground, while other footwear is heavy and tough for dealing with brutal terrain.

Combat or tactical boots are a very common selection for the prepared. They offer thick soles, aggressive tread, tough uppers, and good ankle support for travelling over most terrain as well as features such as waterproofing.

Hiking boots are similar to combat boots, but are generally lighter.

Sandals are excellent for keeping the feet cool as well as in situation where they must be removed often, but they offer not protection from animal, insects, elements, or adverse terrain. They also offer no ankle support.

Tennis shoes are light, breathable, comfortable footwear designed for moving quickly and comfortable over hard, flat terrain. They are excellent in the city, but leave one unprotected in the wilderness.