Faith[1] extends beyond belief to include confidence about something unseen, such as the achievement of God's will. Faith goes beyond materialism to include a realization of the underlying reality, for the goal of achieving good.

Jesus's definition of faith was this: "Faith is the foundation of our hopes, the evidence of the unseen."[2]

Faith in God vs. secular psychology for solving addictions and other personal problems

Teen Challenge has a number of studies that indicate the high effectiveness of their drug treatment program compared to other programs.[5] Studies indicate that consumers of secular counseling psychology for alcoholism receive hardly any benefit at all.[6][7] The Apostle Paul in a letter to the church of Corinth indicated that Christians were able to overcome being drunkards through the power of Jesus Christ (I Corinthians 6:9-11).

Faith is also helpful in overcoming fear, such as fear of public speaking, appearing on television, or standing up to a bully or unpleasant situations. Jesus reprimanded the Apostles for their faithless fear: "The disciples went and woke him, saying, 'Lord, save us! We're going to drown!' He replied, 'You of little faith, why are you so afraid?' Then he got up and rebuked the winds and the waves, and it was completely calm."[8]

Lack of faith can lead to fear, anxiety, depression, lack of confidence and sometimes death. A lack of faith can be very harmful, leading to self-destructive behavior. Faith can be described as the power to ignore the devil and all his antics. 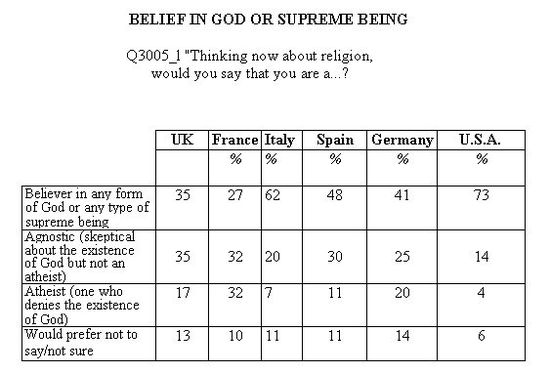 Faith as a virtue

St Paul identified faith, hope and love (or charity) as the three greatest virtues that are central to Christianity, and this idea is repeated and elaborated upon throughout Christian tradition. Faith is put first because it provides the foundation upon which the other two are built: a faithful heart and mind cause one to have hope, and hope causes one to have love for God and one's fellow man.

In Dante's Divine Comedy, St Peter is most identified with faith. This is appropriate, since he was the 'rock' on which the Church was built, just as a Christian life must be rooted in faith. Peter's great faith is shown in Matthew 14:28-31, when he is briefly able to walk on water until doubt enters his mind.

Christian philosopher Robert Merrihew Adams wrote a book, The Virtue of Faith, to defend the idea of faith as virtuous. Consider the case of a loved one accused of some wrongdoing, but who protests their innocence - our relationship with them creates a special ethical obligation to believe what they say, which does not apply to the protestations of innocence of strangers; at the same time, that obligation is not absolute, but can be overturned by the evidence. Adams uses this example to argue that some beliefs we are ethically obliged to hold, and argues that the existence of God could be such a belief for the believer.

Christianity is unique among religions in that its followers are defined by faith rather than by adherence to a prescribed code. St Paul makes this distinction clear in Galatians 3:24-25:

That is to say, whereas Judaism required (and still requires) its followers to obey the law, Christianity begins with faith, and any moral or ethical decisions must follow from that. In this regard, Islam has much more in common with Judaism than it does with Christianity: the word 'Islam' itself means 'submission to God'.

Other Definitions and Religions

Outside of Christianity, faith is misused as a synonym for "belief". The Merriam-Webster dictionary, for example, includes this definition of faith: "a system of religious beliefs."[9]

Alternatively, faith often refers to a "firm belief in something for which there is no proof" or evidence.

Etymologically, the word 'faith' is closely linked to the concept of "fidelity," which emphasizes commitment to something or someone, specifically Christ, in the case of Christianity. Thus, faith is often understood to mean 'loyalty' to a particular view of divinity. Yet, faith can also be envisioned more broadly as a trust in providence, as it entails an active role for the believer himself for advancing good.

The literary critic Harold Bloom distinguishes Christianity from the other two dominant monotheistic religions in his book Agon by contrasting them with Gnosticism:

"Gnosticism polemically is decidedly not a faith, whether in the Christian sense, pisits, a believing that something was, is, and will be so; or in the Hebraic sense, emunah, a trusting in the Covenant. If religion is a binding, then Gnosticism is an unbinding, but not for the sake of things or persons merely as they are. Gnostic freedom is a freedom for knowledge, knowledge of what in the self, not in the psyche or soul, is Godlike, and knowledge of God beyond the cosmos. But also it is a freedom to be known, to be known by God, by what is alien to everything created, by what is alien to and beyond the stars and the cosmic system and our earth."

Faith is emphasized in Christianity but is unrecognized by the worldview of philosophical skepticism.

Mindset of a Modern Survivalist-Permaculturalist: