From The TSP Survival Wiki
(Redirected from CB Radio)
Jump to: navigation, search

Citizens' Band (CB) radio is, in many countries, a system of short-distance, simplex radio communications between individuals on a selection of 40 channels within the 27 MHz (11 meter) band. The CB radio service should not be confused with FRS, GMRS, MURS, or amateur ("ham") radio. Similar personal radio services exist in other countries, with varying requirements for licensing and differing technical standards. In many countries, CB does not require a license and, unlike amateur radio, it may be used for commercial communication. CB Radio is most commonly used amongst truck drivers and a great deal of slang such as "Bear/Bear Cave" (meaning police officer/police station) and "alligator" (meaning blown tire on the road/side of road) can be heard. 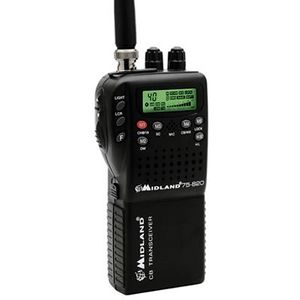 In the US the FCC has a general rule that during an emergency (read to protect life or property) you may utilize any operating mode, any frequency and any power level that you believe will bring assistance. Until then:

In addition to the general rules of selecting a radio you should also look for the following: