A Bug-out vehicle (BOV) is any vehicle that you use to bug-out. Depending on when, where, and how you plan on bugging out your vehicle needs will change dramatically. There are many considerations to make when choosing your vehicle such as fuel economy, off-road capability, seating capacity, cargo capacity, acceleration, handling, etc... 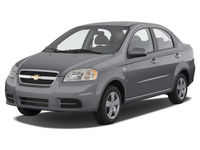 Basic Considerations for Choosing a Vehicle

These are some factors you will want to consider when choosing your BOV.

The transmission of a vehicle control the gear-ratio between the engine output and what is sent to the rest of the drive system. As you move to higher gears your torque decreases, but your drive speed goes up relative to you engine output speed. There are three types of transmissions to consider, each with their own advantages and disadvantages.

The engine is the most important part of any motorized bug-out vehicle. It will weigh heavily on the power, range, reliability, and many other factors of your vehicle's performance.

Vehicles can be run on many different fuels, but there are two basic types vehicle engines are designed to run on, diesel or gasoline, each has its pros and cons.

Great speed and protection are certainly big advantages to bugging-out in a vehicle, but the ability to carry additional supplies is also a considerable advantage. These are some supplies that you may want to consider taking with you in addition to extra basic supplies like food and water, particularly items that are too large or heavy to take on foot.

All the spare parts in the world are no good without a tool kit, make sure that you have all the tools you might need to perform any repairs you think you might need to. These are some basics, both for fixing your vehicle and for every day use:

It is often useful to have some sort of radio communications equipment on board instead or relying on cell phones that won't work outside of tower range or as readily as a two-radio system. These are some of the more popular systems.

Entry Tools are often too large and heavy to be practical to carry as part of your BOB, but are trivial to include in your vehicle's bug-out supplies. Here are some items you may want to consider

Even the most capable BOV can get stuck and when that happens you better be able to get un-stuck. Here are some tools that can be helpful.

It is important to not forget the vehicles maintenance and fuel needs when stocking it for bug-out purposes. If you plan on relying heavily on your BOV then you better be able to keep it going without needing to stop and get supplies that are no longer available.

It is a relatively common practice among the Do-It-Yourself types that any time they are performing scheduled or preventative maintenance on their vehicle which includes replacing a part (like a belt or hose) that the aging yet still serviceable part which was removed they keep on hand in case the new part fails. Using this method you can reduce the likelihood of a failure from happening by keeping those parts which wear out in good condition, but also allows you to have a spare on hand in case of failure. Yes, you could just buy a spare belt and hoses and keep them in your BOV kit, but if you leave the old parts on the car the odds of that part failing increase the longer they are used. It's always a better idea to prevent a failure than to be prepared for one.